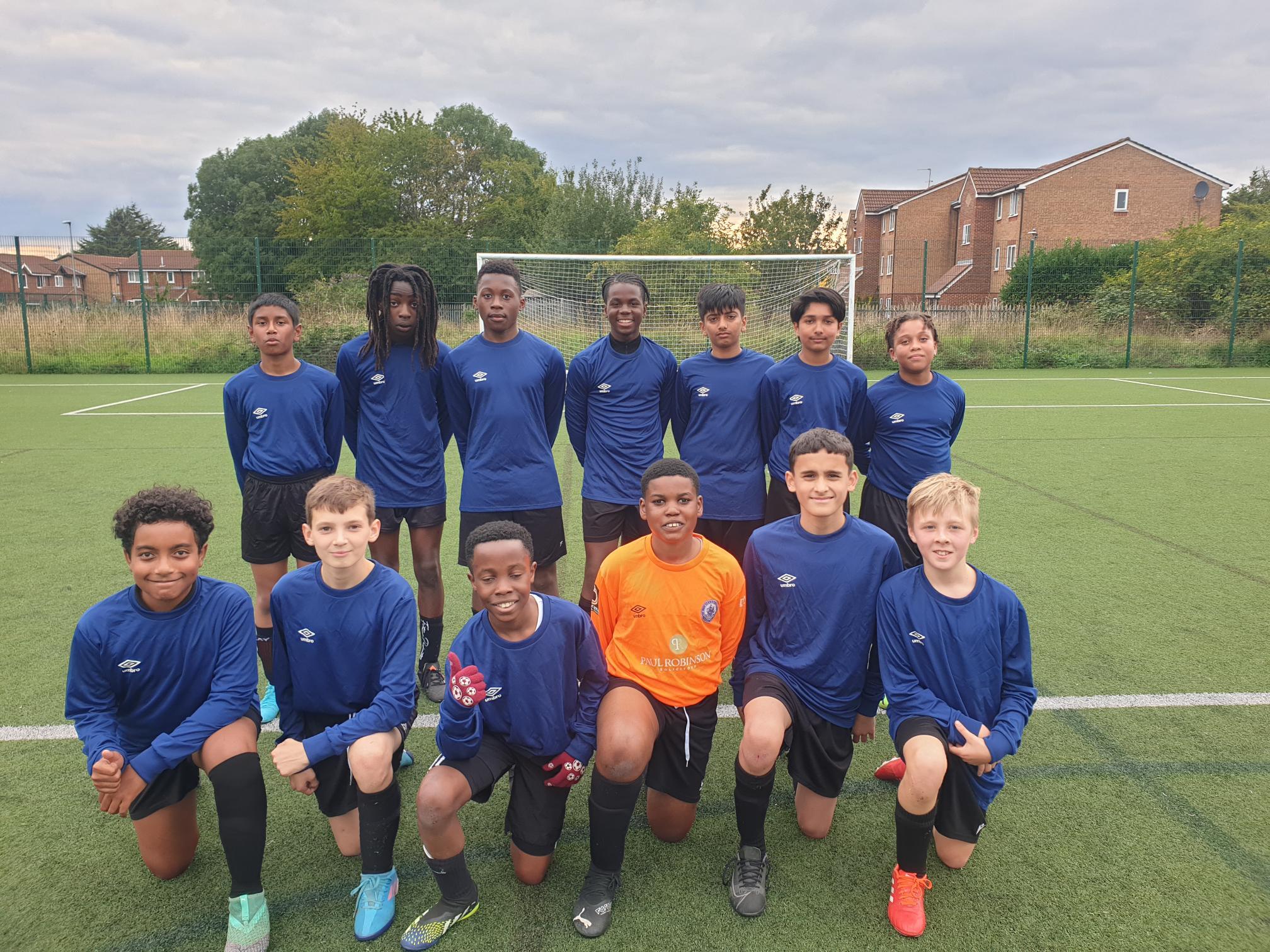 On Tuesday 20th September the Year 8 football team visited Mayfield School in Chadwell Heath to play in the preliminary round of the Essex Cup.

In the first half we had several good chances to open the scoring but missed them all. It wasn't until the 25th minute that we opened the scoring with a brilliant strike from our captain Mackenzie from the edge of the penalty area into the bottom corner.

Shortly afterwards Haseeb picked up the ball 20 yards outside the penalty area and dribbled past three defenders before firing the ball into the net for a brilliant solo goal.

Shortly after the break, Mayfield got back into the game with a brilliant solo goal from their best player.

We kept out heads up and went straight down the other end and made it 3-1 with another brilliant goal, this time from Hayden direct from a free kick into the roof of the net.

We secured the win with a lovely team goal involving several players and finished by Haseeb again. 4-1.

Just before the final whistle Mayfied scored a second goal to make the score 4-2.

Well done to all the squad for a very impressive win. We are now in the first round of the Essex Cup.